Douglas Adams predicted the end of cryptocurrency, 42 years ago 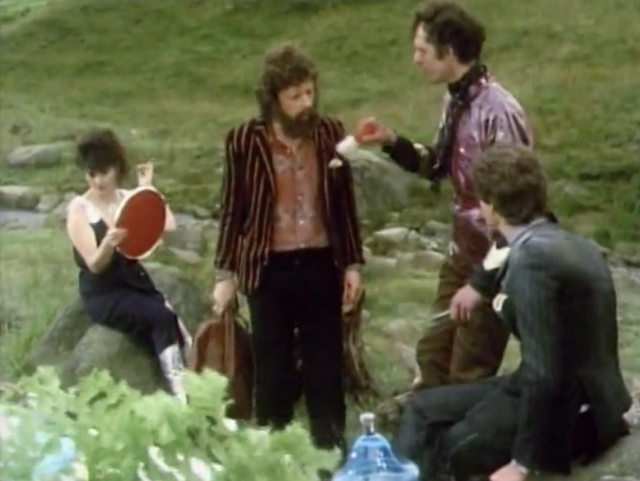 In 1980, Douglas Adams wrote The Restaurant at the End of the Universe. In this excerpt, Ford and Arthur have time-traveled back to prehistoric Earth, which has just been invaded by a colony ship comprised entirely of people with useless jobs.


“How can you have money,” demanded Ford, “if none of you actually produces anything? It doesn't grow on trees you know.”

“Thank you. Since we decided a few weeks ago to adopt the leaf as legal tender, we have, of course, all become immensely rich.”

“But we have also,” continued the management consultant, “run into a small inflation problem on account of the high level of leaf availability, which means that, I gather, the current going rate has something like three deciduous forests buying one ship’s peanut."

Murmurs of alarm came from the crowd. The management consultant waved them down.

“So in order to obviate this problem,” he continued, “and effectively revalue the leaf, we are about to embark on a massive defoliation campaign, and. . .er, burn down all the forests. I think you'll all agree that's a sensible move under the circumstances."


Last week, a crypto coin called Luna collapsed, from a high of $110 per coin to $0 today. Actually it was two crypto coins--the other one was called Terra--and the two were linked together to try and make Terra a “stablecoin” that would have its value constantly pegged to exactly one US dollar. Terra collapsed at the same time, and this made the price of Luna go down even more, starting a death spiral. Billions of dollars vanished in the space of a couple of days. There are many stories of small investors losing their entire life savings.

Crypto currencies have no inherent use, as you can’t typically pay for things with them, and you can’t pay your taxes with them. However, people have valued useless things many times in the past. From Dutch tulip bulbs to Beanie Babies to NFTs, people can get always hyped up about investing in things with no purpose, as long as they think the thing will increase in value.

In the case of Luna and Terra, the main reason people started to value them was because the company that created both was offering a 20% income return for anyone who stored Terra on their servers. Ostensibly, this was so the company could “loan” the coin to others.

Charles Ponzi offered investors a 50% return in the early 1920s, and his scheme lasted a couple of years before it all fell apart. Terra and Luna didn’t quite make it that long.

Before it collapsed, Luna and Terra were considered darlings of the cryptocurrency industry, creating a new “platform” for the “future of finance”. Now, they are dismissed as merely a scam, even by cryptocurrency enthusiasts. But if one “stablecoin” was always a house of cards, why not the others?

The poor folks holding Luna today have been wiped out, and they are struggling to come to terms with it. Many still believe that there is something that can be done to restore Luna’s valuation. And in a discussion thread about what should be done next, I found this tweet:

Just burn it all down. That will create value. Just like it did with the forests.

I think that the mainline cryptocurrencies like Bitcoin will continue to have value if for no other reason that they offer a theoretically stable monetary base unlike any of the national currencies.

Look at the US Dollar. Every time politics decides for there to be a tax-cut or every time politics decides to do additional spending, there is rarely a tax increase or reductions to a different government program to maintain the budget. The solution is far too often to accrue more debt and monetary expansion. the phenomenon of inflation can be explained as too many dollars chasing too few goods, so every time congress does something, there will be more pressure on the dollar's ability to sustain standards of living.

Crypto at least can't be abused by the politics that fuel the invisible tax of inflation.

But crypto is now being abused by the founders of all the crypto exchanges, like Binance, Bitfinex, Coinbase, etc. They manipulate the price whenever they want-- making it rise when they want to cash out (by taking poor people's money) and making it fall when they have debts to pay.

At least with governments, if you don't like their financial policy you can vote them out. Nobody can vote out the people running Tether and Bitfinex (they are basically the same company, controlled by the same people!)

Bitcoin has been anything but stable. One day it's $70,000, the next day it's half of that. How is that useable as a stable monetary base?

BTW, I agree with you. That stuff is funny money backed by the promise of being immune to counterfeit (though not immune from a good old fashioned pump-n-dump). I'm saying if there were such a thing in politics as "fiscal responsibility" you would see a lot less space for the appeal of crypto funnymoney.
View this post in the forums