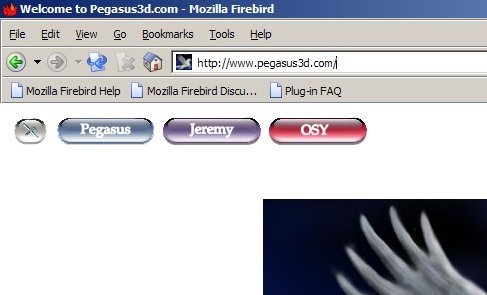 Love, LOVE the WayBack archive. It’s saved a whole bunch of images as well. It even saved the horrible Flash animation that (for a single day) was on the front page of my site before overwhelming negative feedback forced me to banish it to a page that would never be visited:
http://web.archive.org/web/20060318053714/http://www.pegasus3d.com/jer_main.html

It works here, but it takes a while to load. You have to be patient.

It's funny to see this thread. I've been sorting out some ancient personal archives and found some #osy logs from 2005.

After reading a bit, I thought I'd check if OSY still lived and ran into that robopage. While looking for the OSY link, I wondered if the Amiga had finally lost a few of JR's marbles. :D

Good thing I read it a bit more closely afterwards.
View this post in the forums