My Starcraft article was published on Ars Technica! 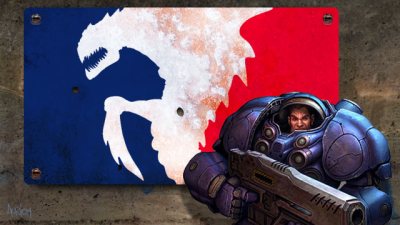 The lights of the metropolis shine brightly on the clear summer night. Down on the bay, a crowd gathers around a giant outdoor screen. Spotlights flood the area as the audience, now exceeding 50,000 people, work themselves into a fever pitch. The two teams come out on stage to deafening cheers. Teenage girls scream as one idol from each team is chosen for the first round of combat. They each enter a booth. The music swells, and the video game begins.

It sounds like a science fiction story from the future. But this event actually happened in the past, in a place where such things have been commonplace for over ten years. This was the 2006 Proleague finals held in Seoul, South Korea. The game being played was StarCraft.

The Dawn of Starcraft: e-Sports comes to the world stage

The article got tweeted by GSL Starcraft II commentators Nick "Tasteless" Plott and Dan "Artosis" Stemkoski. Artosis even briefly mentioned it on the air at the 37 minute mark here:

The GSL game where Artosis and Tasteless mention my article

I read it on Ars when it showed up on the front page. Awesome! :)