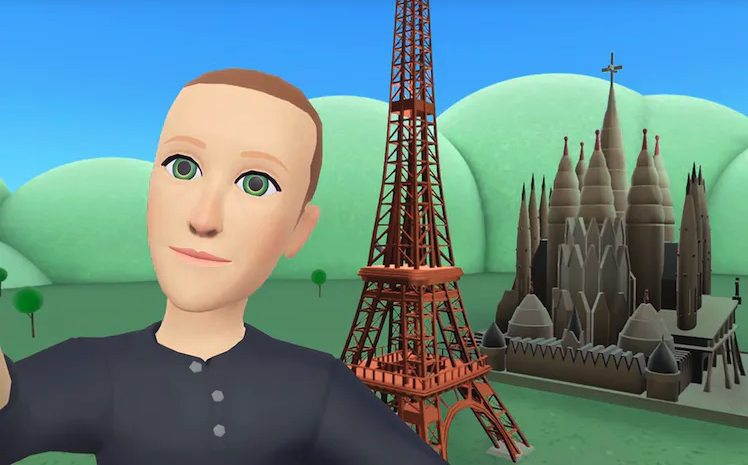 Sorry, Mark, nobody wants to join you here.

In a previous post called Why the Metaverse will never happen, I dissected the idea of the Metaverse as an impossible and ill-defined dream. Basically, the Metaverse has to be universal (like the Internet itself) or it isn’t a Metaverse at all, but just another Second Life clone. But tech companies will never agree to adopt a common framework that they don’t own and can’t fully monetize.

The other, more serious problem with a Metaverse is that nobody can actually define what it is. Mark Zuckerberg, in his ebullient announcement last year, said it would be a world “as detailed and convincing as this one” and that inside, “you’re going to be able to do almost anything you can imagine.”

This last sentence is a huge giveaway that Facebook’s Metaverse will fail. This is the same phrase spoken by dozens of naive and inexperienced wannabe game developers, who go on Kickstarter and announce an amazing new Massively Multiplayer Online (MMO) game where “you’ll be able to do anything.” Every single one of these Kickstarters, even the ones that reach their funding goals, end up failing spectacularly. The latest fiasco, DreamWorld, is a perfect example.

“Doing anything” is another way of saying “I have no idea what this game will be.” Games are fun because of constraints and rules. Take golf, for example. If you could just pick up the ball and drop it directly in the hole, nobody would bother playing it. But when you add the constraint of hitting the ball with a club, and add a scoring system, suddenly it’s interesting.

Not everything has to be a game, of course. Second Life, released in 2003, was the first successful attempt to make a virtual world that had no real objectives, other than building a world and exploring it with other people. But Second Life peaked in 2009 when it hit 88,000 concurrent online users. It’s still around, but these days nobody expects it to become the future of anything.

More recently, Minecraft was a much larger hit, capturing the imaginations of a huge portion of kids and teenagers. But Minecraft is definitely a game — it has very specific rules for breaking down blocks, finding resources, and using these resources to craft different types of blocks. There are even enemies to fight. It knows exactly what it wants to be and it does it very well. Countless Minecraft clones have been attempted, but they have all failed because “Minecraft, but better” isn’t a design document.

Getting back to Facebook’s Metaverse, it’s clear that Zuckerberg is serious about his effort. He’s spent $10 billion and hired 10,000 engineers. Surely, with this massive amount of resources, his company would have delivered something great, right? Right?

Well, as it turns out, what they’ve produced (which they call Horizon Worlds) is ill-defined, boring, buggy, and nobody wants to play it. According to leaked memos, the “aggregate weight of papercuts, stability issues, and bugs is making it too hard for our community to experience the magic of Horizon. Simply put, for an experience to become delightful and retentive, it must first be usable and well crafted.”

This is another giveaway that the folks building Horizon have no idea what they are actually trying to build. If a game is great, people will play it, even with crazy bugs. Skyrim shipped with tons of bugs, but the game was awesome from day one.

Horizon clearly isn't awesome. Second Life, and more recently, VR Chat, gained popularity because they offered a way for people to express unusual sexual desires in a safe place. But Mark Zuckerberg doesn't want any sex in his city. When people started harassing women in Horizon by trying to grope them between the legs, Facebook's answer wasn't to figure out how to deal with harassment. It was to permanently remove everybody's legs.

You can do anything you want. Except have legs, apparently.

Even Facebook employees don’t want to play Horizon. “For many of us, we don’t spend that much time in Horizon and our dogfooding dashboards show this pretty clearly,” another memo read. “Why is that? Why don’t we love the product we’ve built so much that we use it all the time? The simple truth is, if we don’t love it, how can we expect our users to love it?”

How indeed. The truth is simple: if the product was any good, people would play it. When Origin Systems was making the original Wing Commander, the entire company couldn’t stop playing the game. That’s how they knew it was going to be a hit. When Blizzard was building World of Warcraft, the company could barely get any work done because so many employees wanted to play it.

Facebook’s management, on the other hand, has decided that the way to fix their boring game is to force their employees to play it. “Everyone in this organization should make it their mission to fall in love with Horizon Worlds,” a recent memo read. “You can’t do that without using it. Get in there.”

The end result of all this will be a ton of wasted money and a product that may end up getting forced on people in order for senior management to report rosy numbers. But when the dust has settled, no amount of promotion and bundling will get people to keep playing something they don’t want to play.

UPDATE: Since this article was published, Facebook has triumphantly announced that Legs are coming soon. Are you excited? The message went over about as well as could be expected.

if this took Facebook down, I wouldn't exactly be mad about it...