In this episode, we talk about the fallout from the recent Hugo Awards, and the ramifications of the Sad and Rabid Puppy campaigns. We also review one of the recent Hugo winners, the excellent novel "The Three Body Problem." 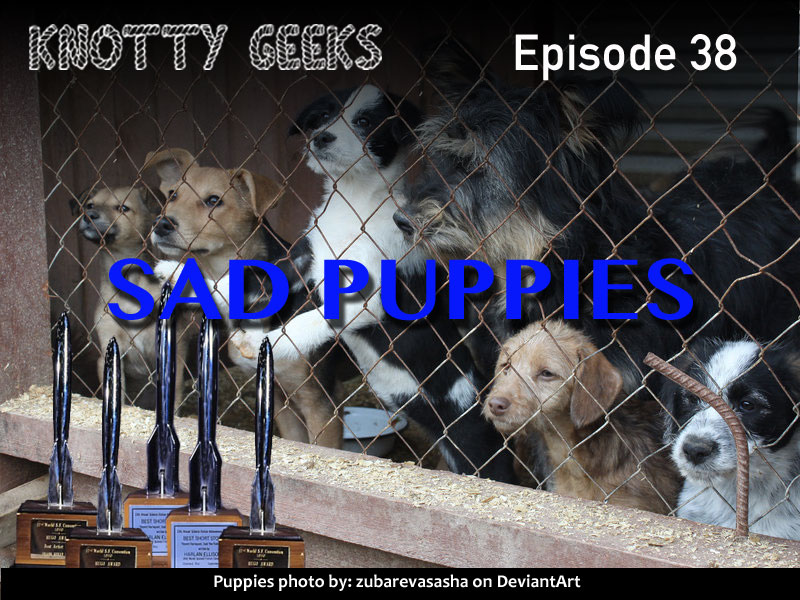 Notes from the show:
http://www.wired.com/2015/08/won-science-fictions-hugo-awards-matters/

Well, you got most of the background correct.

The main issues that pissed off the Sad Puppy crowd, is that the insular group of voters had gone PC and SJW, so that works of low quality, but were PC/SJW got nominated or the authors/editors that were politically connected won. Examples, "Red Shirts", "If You were a Dinosaur, My Love" or the blahness that is "Ancillary Justice". Also one of awards, "Long Format Editor", was created just so a few buddies could get awards. Plus the mock awards that were the "Assterix" handed out to the losers and some very deserving editors that were absolutely shit on by No Award.

Toss in a bit of cultural warfare, some GamerGate and a shit ton of grudges plus the conflict between the publishing houses and the independents, and add gasoline.

Overall the Hugo and WorldCon doesn't represent science fiction nor literary science fiction anymore. So much has changed in the last two decades. SciFi is more mainstream and the bulk of WorldCon voters is the same folks that have been around since the '70s, add in a twist of open lesbians, gays and pedophiles* that have come out of the closet opposed by some religious, more conservative writers.


Except for a few volumes a month, I've pretty much retired from sci-fi reading. After 40 years of reading the genre, I've pretty much mined it out. That time is replaced with other hobbies and pass times that are more reality based.

[quote]
There’s a nugget of truth to the Sad Puppies message that got lost in the shit slinging.
[/quote]

I think you're right, but the fact that the Sad (and then much more with the Rabid) Puppies chose to make their point via trying to disrupt the awards process basically made it impossible to make their point properly. They raised their own shit-storm, and thus lost the right to complain that their message was lost.

I think it's true that the Sci-Fi fan community has become a bit insular (and a lot of long-time readers aren't reading it as much any more, like your own example shows) and that's troubling for sci-fi fans like myself. But what the Sad Puppies did wasn't the right way to bring these concerns to light.

Right now and the near future, I’m pretty much ignoring literary Sci-Fi. I don’t want to have to research authors to see whom deserves my money and time.

For pure recreational escapism, I’ll be PC/console gaming with the wife. Much of my reading time is switched to radio and electronics along with a good chuck of OSS programming. I still have to keep a foot in the Windows world due to work, but I’m dedicating some time to Linux and Rust programming*. Maybe get an OberonStation...

AYB is smamming this thread.

Acting like an adult still does wonders for getting others to consider one's message. It doesn't guarantee it, but it may attract the attention of the few serious thinkers that still exist these days.....

As always, AYB is in with the wisdom!

Toss in a bit of cultural warfare, some GamerGate and a shit ton of grudges plus the conflict between the publishing houses and the independents, and add gasoline.
joe root

Really, you don’t want to convert your data into XML. It’s a dumb format. It was really hyped up in the early 2000s because it was supposed to be this panacea of data formats: human-readable, infinitely expandable, blah blah blah.

Turns out it’s just crap. Use JSON instead.

Also, you’re banned for being a spammer.