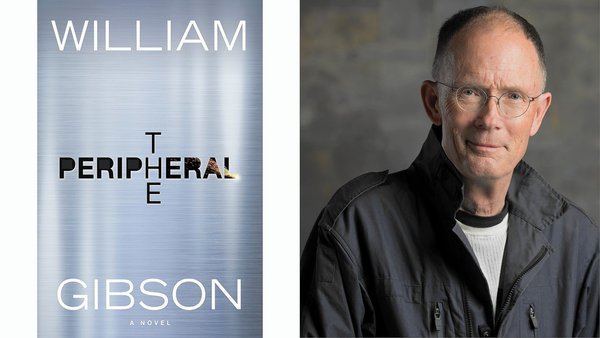 It’s hard to believe that William Gibson’s seminal book Neuromancer was first printed thirty years ago in 1984. Neuromancer gave the world the term "cyberspace" and created an entirely new genre of fiction known as cyberpunk. I remember reading this book as a young boy and being utterly entranced by this vision of the future that was so new and yet so utterly believable.

Neuromancer was a bestseller and its overwhelming success painted Gibson into a bit of a corner. After finishing two sequels, he felt he wanted to explore the more immediate future instead. In the mean time, the world was catching up to Gibson’s original vision. At some point the two converged, and Gibson wound up writing very interesting novels about the present while the world raced on to an uncertain future. On one hand, it was fascinating to note that we largely live in the world of Neuromancer (in broad strokes if not in actual details) but on the other hand I missed having Gibson’s view of what was to come.

With the release of The Peripheral, Gibson has jumped strongly back into speculative fiction, and the result is spectacular. As if to make up for lost time, The Peripheral includes not one but two futures, one set in the 2030s and the other about half a century later. A group of people in the far future manage to find a way to communicate digitally with the near future, and through advanced "peripheral" technology (essentially a biological avatar) they manage to bring people from the past to their present.

I almost didn’t want to write that much in this review, because knowing too much spoils some of the fun of reading it. I had deliberately avoided all reviews before buying my copy, so I went into it completely unprepared. Gibson doles out information in tiny morsels as the story goes along, which gives the reader a delightful sense of slowly coming to an understanding of both worlds. Initially, I wasn’t even certain that there were two realities, but I did feel like one set of characters were living in a world not too far from our own, whereas the others were living in some crazy world that made no sense at all. I loved piecing all the clues together at about the same rate as the characters were doing.

Speaking of the characters, the young heroine Flynn Fisher is one of Gibson’s most well-realized and relatable protagonists. While she is caught up in a whirlwind of shifting forces that she has little control over, she also manages to take initiative and make her own choices. The protagonist in the far future, Wilf Netherton, is a wonderful bundle of contradictions who accepts that his role as a Public Relations agent is really to be a professional liar.

The story itself, like the best science fiction, is a cautionary tale for our current society. It shows us two worlds that could very well arise from our own, and the inhabitants of both worlds long for things to be different than they are. The Peripheral is Gibson’s finest writing to date, and I can’t wait to read it again.

Great review! I heard bits of it when Gibson was on a panel at the Vancouver Writers Fest. I'll move it up my list. This is a pretty good interview with Gibson:
http://www.theguardian.com/books/live/2014/nov/21/william-gibson-webchat-post-your-questions-now

I particularly like his response about New Orleans and voodoo (it just shows Gibson's creatively associative mind).