Just when I thought I was out, they pull me back in 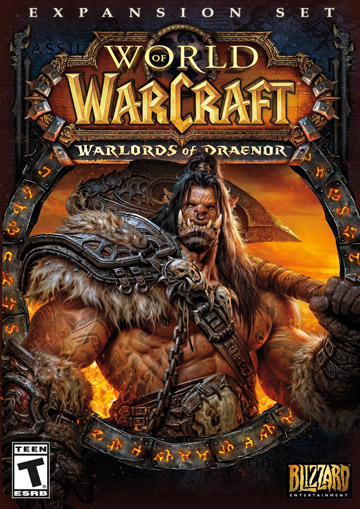 I remember the exact moment when I realized I was over World of Warcraft. I had been trying to get the "What a Long, Strange Trip It’s Been" achievement on my Mage character, which involved completing multiple "holiday" achievements that had to be completed within a certain time frame. I had only one thing left to go, which was to capture the flag in a Battleground during Children’s Week while I had my orphan tagging along.

World of Warcraft contains a lot of stuff that is basically nonsense, like this quest. I guess you could call it a "take your kid to work day" for heroic fantasy adventures. But I couldn’t do it. I kept dying over and over again, and I missed the window. I realized that to get the main achievement I would now have to wait an entire year until the next Children’s Week came along.

There were a lot of things leading up to my leaving the game, but that was the last straw. I cancelled my subscription.

I had been playing World of Warcraft for about five years at that point, and I felt I’d done everying I could do in the game. I’d quested, levelled up professions, explored the world as a Death Knight riding a goblin motorcycle, did player-versus-player combat in both the open world and in ranked battlegrounds, ran dungeons and a few raids, and lastly tried to get all the seasonal achievements. I had over a dozen characters strewn across multiple servers. It felt like it was enough. At some point, all games have to end, even MMOs.

But Blizzard managed to suck me back in with their latest expansion, Warlords of Draenor. It’s chock full of Warcraft nostalgia-- the main plotline involves going through a new Dark Portal to a Draenor that hasn’t been destroyed, thanks to some time-travelling intervention by the outlaw orc leader Garrosh Hellscream. The weird thing is that if you still have some lower-level characters (like I do), the old destroyed Draenor from Burning Crusade is still there, accessible through the old Dark Portal, as if time had never been altered. Maybe it’s a quantum thing. Trying to figure out all the lore of the game over its ten-year span is enough to make your head hurt.

The biggest and best new feature in the game is the garrison. This is a base that you get to construct on the new Draenor that is evocative of the old Warcraft Real-time Strategy games: you start with a Town Hall and build a Barracks, and even though the building time is stretched out over many days, it still feels a little bit like Warcraft III.

Blizzard has this amazing ability to keep refining tiny little details that improve the player’s quality of life. For example, you always used to have to hover over junk that you retrieved from dead monsters to see if it was, in fact, junk. Now, anything that can be sold to a vendor and has no other use is marked with a tiny little gold coin on the icon. In the past, you had to group up with other players even if you just wanted to kill a single elite monster in the open world. Now, if you happen to be fighting the monster and someone else joins in, you both get the credit and get the loot automatically.

It’s like coming back to a country that you last visited three years ago, and finding that everything is just a little bit nicer and a little bit easier to get around in.

I’ve missed being here. It feels nice to be back.

All AYB can say is that he's never played a moment of WoW. He actually hates Wow because it was a contributing factor to the end of Mordock and the end of the OSY Brigade's vigilant smamming of the Planes of Rage.

Oh, man, I miss Mordock. Actually WoW never reached that level of excitement for me. :(