The Last Bonjwa - My love letter to Starcraft 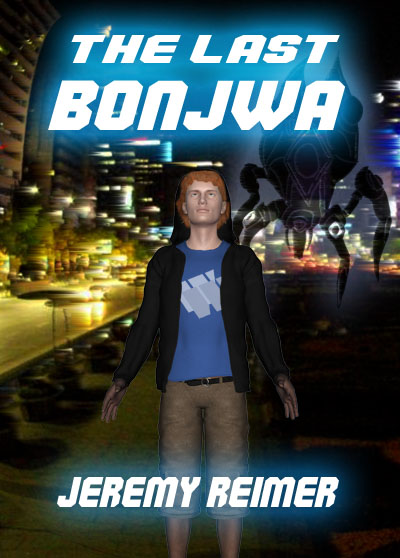 I’ve watched hundreds of hours of professional Starcraft matches. I have my favorite players and teams who I cheered for when they won and cried when they lost. I’ve immersed myself in the unique and wonderful world of professional gaming, of this tiny (but growing) subculture called eSports.

Today, I’m releasing my love letter to the game and the scene itself. It’s a full-length novel titled The Last Bonjwa.

The Last Bonjwa follows the adventures of John "Heart" Wolanski, a professional Starcraft player living in Korea. It’s a few years in the future in an alternate timeline, so the names of players and teams are different, but fans of the scene will recognize many similarities to our own universe.

John is nearing the twilight of his career, and the popularity of the game itself is waning, but he refuses to go down without a fight. But when he receives a threatening email, he is suddenly thrown into a world he knows nothing about, as he must fight shadowy forces who are out to kill him, all while trying to qualify for the biggest tournament of his life.

The Last Bonjwa is a fast-paced action adventure, but it’s also a peek into the fascinating world of eSports seen through the eyes of a player. It is a sequel to my short story "The Stalker", in which John encountered an artificial intelligence inside the game itself.

The Last Bonjwa is now available on Smashwords in a variety of eBook formats for all viewers, all DRM-free, for $2.99. No knowledge of the game is required to enjoy the story, but familiarity with it will make the tale seem even richer.