Creating the cover for Beyond the Expanse

I’ve always loved science fiction covers, and even have my own favorite artists, but the cover images for science fiction classics often have little to do with the actual story. One of the great things about being an independent author is the ability to make your own covers. Each cover for my three novels represents a seminal moment in the story.

For the final novel, Beyond the Expanse, I wanted to show a dramatic moment with the Pegasus confronting a Master worldship in front of the planet Earth. First, I drew a quick sketch to get a sense of the layout I wanted. Lots of erasing and moving stuff around, so it looks messy, but it does the job! 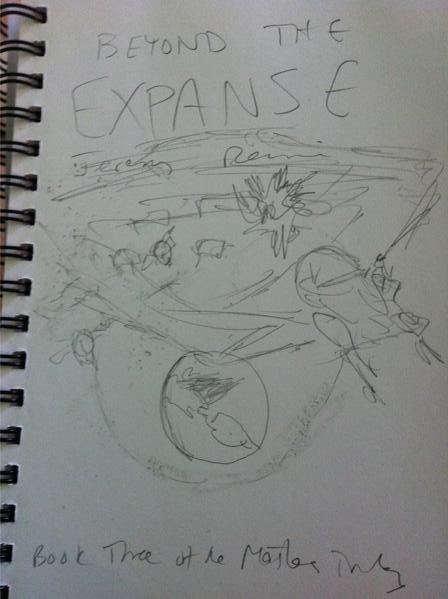 Next, I found a nice high-resolution image of Earth from NASA. Then I went into Photoshop and set the background color and placed the Earth where I wanted with the title text. For the other two novels I had a nebula for the background. For the Earth there’s obviously no nebula, but I deliberately made the background completely black, with no stars visible.

This is technically accurate (even as far away as the Moon, you don’t see stars because the light from the Earth drowns them out) but there’s a thematic reason also: this is the final novel, the ultimate showdown, and a black background is more stark and dramatic. 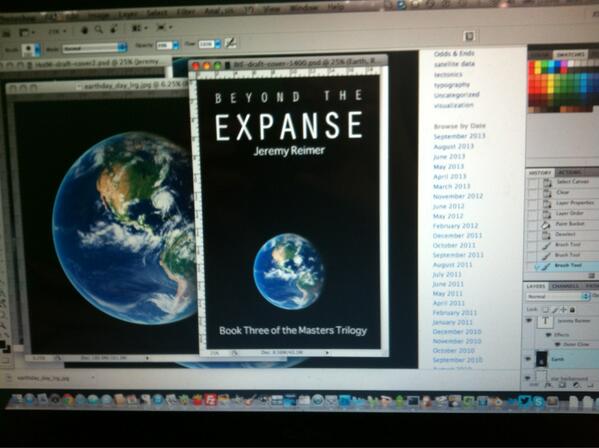 Now, I need a Master worldship! I’ve never drawn one, so it’s time to go into Blender and make one! I just start with a cube, divide it in half and mirror it, then extrude, move, scale, and rotate segments. 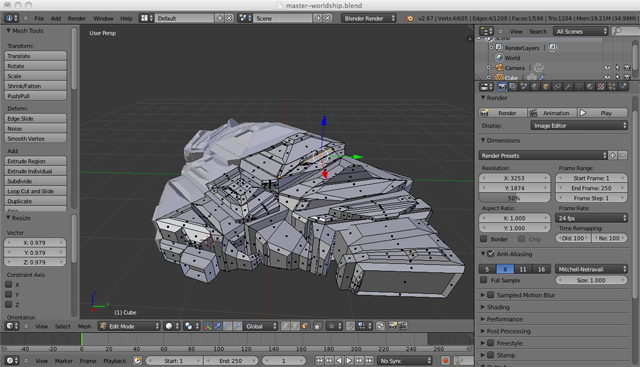 Finally I import the rendered image into Photoshop, color it yellow, and make a bubble field effect around it. I put a shadow on the Earth to give some indication of how massively huge this ship is. Then I put in an image of the Pegasus. It’s actually far in front of the worldship (or else you wouldn’t even be able to see it) but it’s difficult to indicate this. In any case, the small size of the Pegasus next to the worldship gives a sense of how one-sided this fight would be.

I’m thinking about adding more stuff to the image, such as flying fighters being chased by missiles and some explosions, but I’m not sure if it would add or detract from the final cover. I could also texture the Master worldship to make it a little more detailed, but there are diminishing returns here. What do you think? 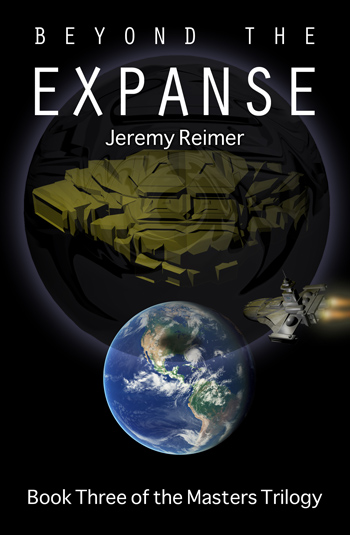