Why I’m no longer a Tech Entrepreneur 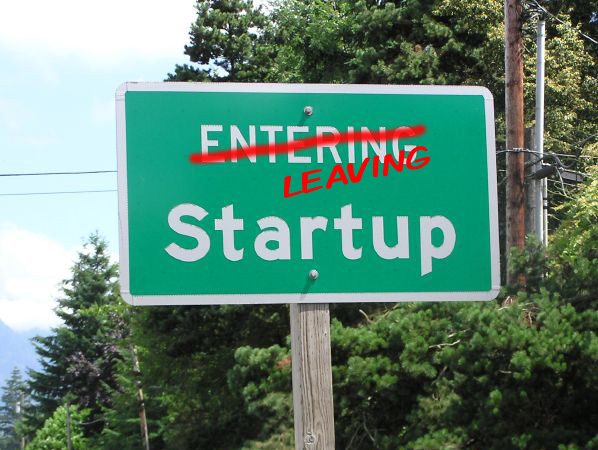 I’ve read lots of fascinating posts on the web about startups that failed. Maybe the idea was too far ahead of its time, or the cofounders didn’t get along. Usually the startup just ran out of money. Even if you’re lucky and get funding, it won’t last forever. It’s hard to build up enough revenue to get the rocket off the ground.

My story is a little different. I’m quitting before I’ve even really gotten started.

I had a lunch meeting yesterday with a friend regarding possible web development work for his company. The meeting was amicable, but there wasn’t any work available for me. When I came home I was disappointed, naturally, but it got me thinking about what I really want to do with my life.

One thing that’s not going to work is working at a regular company as a regular programmer. The language I’ve fallen in love with, newLISP, isn’t something that I can just go and get a job using. The industry has standardized on VB.NET, C#, PHP, Java, and to a much lesser extent Ruby on Rails. I can code in any of these if I had to, but they won’t make me happy, and if I’m unhappy I’m not likely to be productive and useful. I’d always be thinking about how much faster and more efficiently I could be coding in my own little niche language. I have real-world data to back this up. At my last job I was actually able to keep up in features (my application was better in performance and had fewer bugs) with a development team of five people including one manager who were rewriting my application using C#.

So when I thought about this, and believe me I thought about it a lot, I figured that a better plan would be to start out on my own. After all, if I can keep up with a team of five people, and only have to pay my own way, won’t that be a lot easier? It seemed like a natural fit. I would blaze a trail and develop amazing new applications on my own! Be my own boss!

What I didn’t realize is that being the boss is actually no fun, at least for me. It’s easy to complain about your boss when it’s another person. When your own boss is you, you’re perpetually mad at yourself. Why are you not working harder? Why aren’t you figuring out ways to make money? Why don’t you spend more time coding?

I spent amazingly little time coding. Because I was so efficient, I could get a few days worth of work done in a couple of hours. But then I’d stop. I set up a bunch of websites and got some neat features working on them, and then I’d waste time watching Starcraft or playing games. Why was I doing this?

I was thinking about it yesterday, when I went on my mid-morning run. I enjoy running, but I’m not a good runner. My lung capacity is pretty low, and I don’t push myself hard enough to improve my fitness level that rapidly. Starting a business is kind of like saying you want to run, not just for fun, but as a way to make a living. You need to be absolutely dedicated to it. You need to be a little crazy to run yourself right to the edge, to risk serious injury in pursuit of ever-increasing goals.

I remember running past long swathes of wild blackberry bushes in August and thinking that I should really go out and spend a few days just collecting them to freeze and make blackberry crisp. Instead, I would just grab a few berries as I ran, savoring the sweet taste but watching as thousands of berries just went to waste, picked by no-one, washed away by the rains and the end of summer.

It’s a lot like how I approached starting a business. It was fun to have a little taste of it, but I didn’t want to put in the incredible level of effort it would require to do it properly. And of course, there’s always the fear of failing. If you didn’t put in your best effort, you can’t be too disappointed in yourself, right? I know a few professional Starcraft players who had this approach. It didn’t end well for them. Success takes hard work. You have to slog through it to get what you really want.

But when I thought about it some more, it’s not like I was this lazy slob who didn’t put any effort into anything. I did write a whole web development framework from scratch. I did launch a couple of websites. I learned a lot and gained valuable skills that I can use anywhere that I go in the future. I can’t think of this as a waste of time.

Oh, and there was one other tiny little thing that I did over the last few months. I wrote an entire novel.

The truth is, while I was struggling to find motivation to be a software entrepreneur, I was already running a startup of sorts. Being an author is a lot like starting a business. You have to put in the effort to make a decent product (in this case, books and short stories), you have to spend a ridiculous amount of time on marketing (authors have to relentlessly self-promote on Twitter and blogs and their own website, as well as doing giveaways and appearing on radio shows and podcasts and writing panels) and you have to do all of these things consistently to try and grow a tiny revenue stream into something that (hopefully) becomes profitable.

It turns out that all this time I was doing all of this, and doing it consistently. I wrote 1,000 words every single day, without fail, and every day I would read blogs about marketing and go on Twitter and try to get the word out about my writing. Even though it wasn’t generating much revenue, it was more than my web-based businesses were doing (which was zero!)

At some point, I had to decide what I really wanted to do. Which would I keep as a hobby and which would I take seriously as a profession?

My wife, who knows me better than anyone in the world, including myself, found a way to help me decide.

She held me from behind, and put her hands on my chest, and squeezed gently.

“How do you feel about programming?” she asked.

I had to answer honestly. “I feel like I’m being crushed,” I said.

“Okay, now let’s try this again.” She released me and then grabbed me again in the same way. “Now how do you feel about writing?”

So I had my answer.

Now, I’m not going to stop programming. I’m still planning on developing JetCondo, for example, my RSS reading platform. But I’m going to develop it for myself, as a hobby, and not try and make it my livelihood. I’ll still work on newLISP on Rockets as well, and if any future employer can get some benefit out of my work with these tools, great. But it’s not necessary. Ironically now that I’ve made this decision I feel like working on it more than I did before. Isn’t that weird?

It also doesn’t mean that now I’m going to take on the stress and pressure of making my fiction writing be my sole income. The artist Lynda Barry had a great quote about this: she compared art to a beautiful baby, and how artists are immediately expected to jump on the baby’s back and yell “I’m riding you all the way to the bank!” It doesn’t work that way. You have to care for and nurture the baby, and when it grows up maybe it can take care of you. In the mean time, there are other ways to make a living.

Writing is my baby. It’s time to nurture it and let it grow.

You did have a customer. Real cash and all. Both understanding and not in a hurry for all the features at once. But you’re right, those are few and far between and rarely pay the bills. The idea of a one button turnkey operation though is a good one. I think that in addition to being a smooth scalable application it has to have what the rest of the herd has as well.
I’m glad to see that you can still enjoy your hobby without having it converted to a source of constant angst like I found with photography
when I did it for things other than my own enjoyment.
Penny Arcade is a great success story and a wonderful model however if you step back and look at it more critically or even take a moment to write a story about it you can see how it mirrors your feelings about what you want to do and what you would need to do to have that type of success.
You do have to follow your passion. For most people in the world that means having a day job as well for most of their lives. I only know one other person that has struck out on their own and that has never been a smooth easy road to drive down.
On that note congratulations on your hard fought and newfound insight and may it lead you to greater endeavours in the meantime, newLISPonrockets and your blog software are achievements anyone could be proud of on their own.

Are you thinking of contract or full-time work at a software company for the income production side?

Anything that involves crushing and immutable pressure to produce is tough -- that's how I see it, anyway. That covers a lot of jobs in the tech sector.

I'd like to work at a software company again, probably as a tech writer or scrum master.. that sort of position.