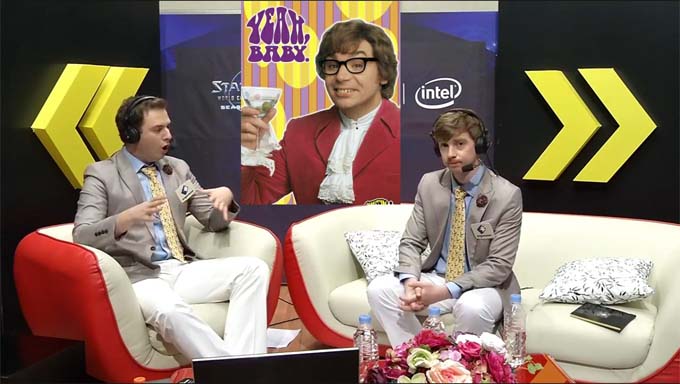 There’s an interesting clash of cultures going on this weekend. Blizzard has contracted out the production of their first season’s final Starcraft tournament to OGN.

OGN is a Korean television network that has been broadcasting Starcraft matches since forever. Unlike GOMTV, they don’t have much experience with broadcasting to a western market. So you get these interesting fashion and furniture choices that look like they came out of Austin Powers, or at the very least a PSY video.

It’s all in good fun. 13 out of the 16 finalists in the tournament were Korean, and the three non-Koreans all got knocked out in the first few hours, so I guess you win this one, Korea. You win everything. Keep on winning on.

I haven't watched the finals yet, but that looks hilarious.