How to make a great book cover for free

We are all told: "Don’t judge a book by its cover". Unfortunately, this is just another of the many lies that people propagate. Books ARE judged by their covers, and this is one area where independent authors are at a disadvantage compared to traditional publishers. Sure, it would be great to contract out to a real artist or graphic designer to make a stunning cover (and certainly better in the long run than letting a publisher do so in exchange for taking more of your royalty forever) but what if you don’t have the money? What if you are just starting out?

Well, it turns out that if you are short on money, there are actually lots of great tools that will let you produce a stunning book cover for free.

<h4>Start with a pencil sketch</h4>
Pen and pencil are as near to free as can be, and even in today’s digital age they are still an effective way to quickly sketch out a number of ideas. For my second novel, Heart of the Maelstrom, I had an idea of two figures in spacesuits looking out at an image of the Milky Way galaxy rising over a rocky landscape on a distant planet. The idea is one thing, but sketching it out makes it clear how it will come together. You can make a whole bunch of these sketches really quickly and refine them until you get what you want. 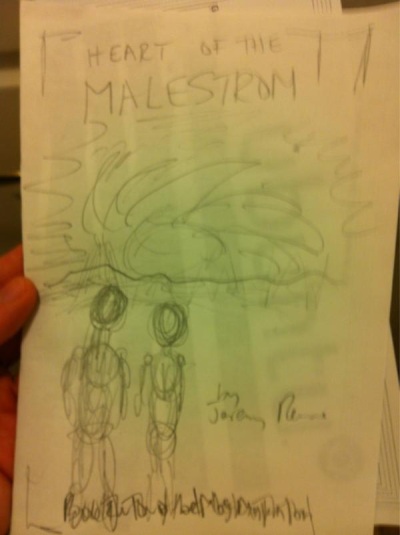 <h4>Need a landscape?</h4>
There is a great application called Flickr for some free background images that are licensed for commercial use. 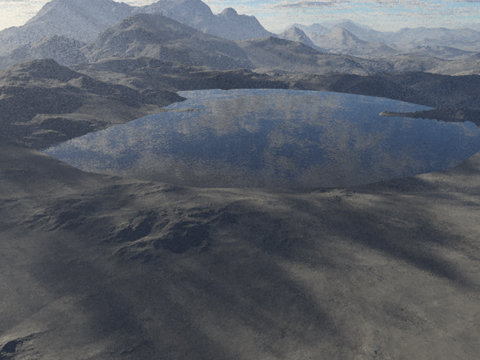 <h4>Free 3D models</h4>
I needed an astronaut model in a spacesuit for my cover, but many sites offer only expensive paid models. NASA, however, had a page full of free models of all their satellites and space suits. I chose the Advanced Crew Escape Suite (ACES) which fit my story perfectly. 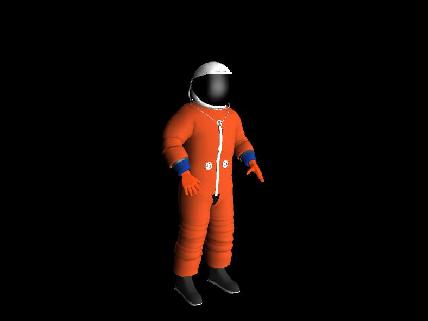 <h4>Free 3D rendering software</h4>
I have an old copy of 3D Studio Max from when I took an animation class, but there are free alternatives out there. One of the most popular is Blender, which has been used to make some stunning images and movies. Yes, Blender is a bit harder to learn than some commercial 3D packages, but remember, we are working from the assumption that we have little money to spare. If you have little money, you can use your own time instead.

<h4>Putting it all together</h4>
You need some 2D compositing software to put everything together and make it look good. One of the best free programs to do this is Paint.net, which does everything you need, including layers, lighting, filters, text, and so forth.

Many independent authors get the fonts wrong. The most common mistake is making either the title or the author’s name too large. There should be some whitespace around the title, and it is best to choose a font that isn’t too "thick" or fat. There are lots of free fonts out there. Choose something that is simple and not too fancy, but that isn’t Times New Roman or Arial. You don’t need to put your name in giant letters, either. Publishers selling books by famous authors sometimes do this for marketing purposes, but you aren’t there just yet. Keep your title larger than your name. If the text is hard to make out against the background, some judicious use of drop shadows can help.

For science-fiction titles, the Hubble photos are the best source for high-quality imagery, and they are free for the world to use. I took an image of a barred spiral galaxy as a stand-in for the Milky Way (which is also a barred spiral) and found a deep-field image to use as the
background.

In the end, hopefully you have a great-looking cover image that you made for free or close to free! This is the end result for my upcoming novel Heart of the Maelstrom, the second book in the Master’s trilogy. Good luck! 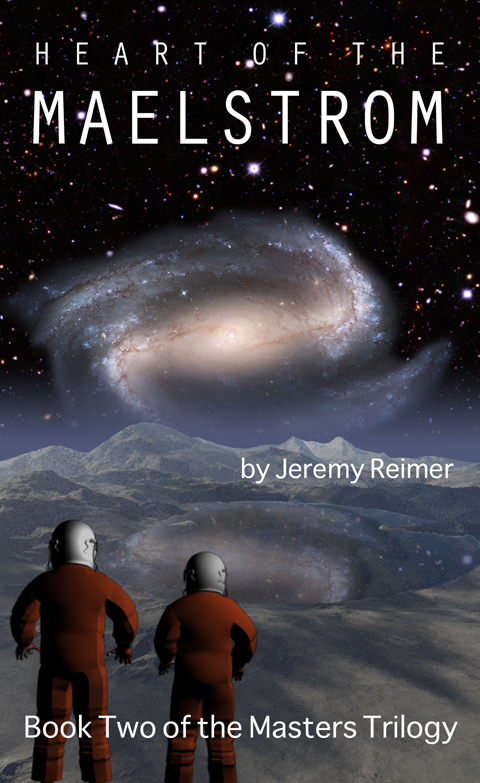