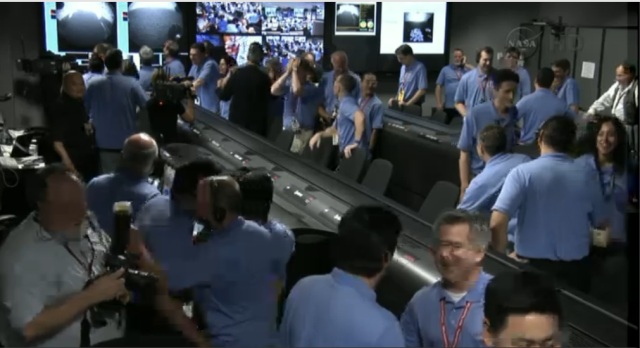 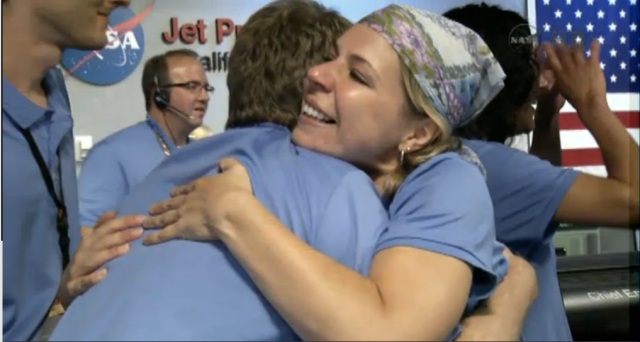 The really cool thing about this was being able to watch it live, directly from nasa.gov.

I remember Carl Sagan once saying that he wanted to get some sort of TV coverage of the Voyager I and II probes (which at the time were bringing back incredible, never-before-seen pictures of Jupiter and Saturn) but that all the TV people told him it was "too cerebral" for television.

Now, thanks to the Internet, we can just tune in live and watch it happen directly from the source, without worrying about stupid TV executives and what they think people do and don't want to watch.

The energy in Mission Control was incredible. All those smart people, pulling off a perfect landing. All those years of effort and testing and worrying, and it all worked.

Of course, nobody <i>actually</i> saw it live, because it took 17 minutes for the information to reach Earth at the speed of light. But still, it was as live as the laws of physics allowed!